On Thursday, May 7th, EuroQuity, Bpifrance’s online matchmaking platform and the Solar Impulse Foundation held the inaugural session of their online pitching programme promoting mission-driven companies offering solutions with positive impact on the environment and a strong business value.

This new programme is dedicated to the pitches of innovators who have received the Solar Impulse Efficient Solution Label: a global credential that proves a solution can protect the environment in an economically profitable way.

Driven by the mission to identify and label 1000 of these solutions to empower governments and legislators to be more ambitious in their environmental regulation, the Solar Impulse Foundation teamed up with EuroQuity to put in the limelight five entrepreneurs behind those solutions, in what turned out to be a remarkable lineup.

Couldn’t make it to the event? Don’t worry, we have it covered! Here’s a recap post that’s fueled with inspiration from passionate innovators all working toward the same goal - to bring groundbreaking solutions to life and committed to create a better future. 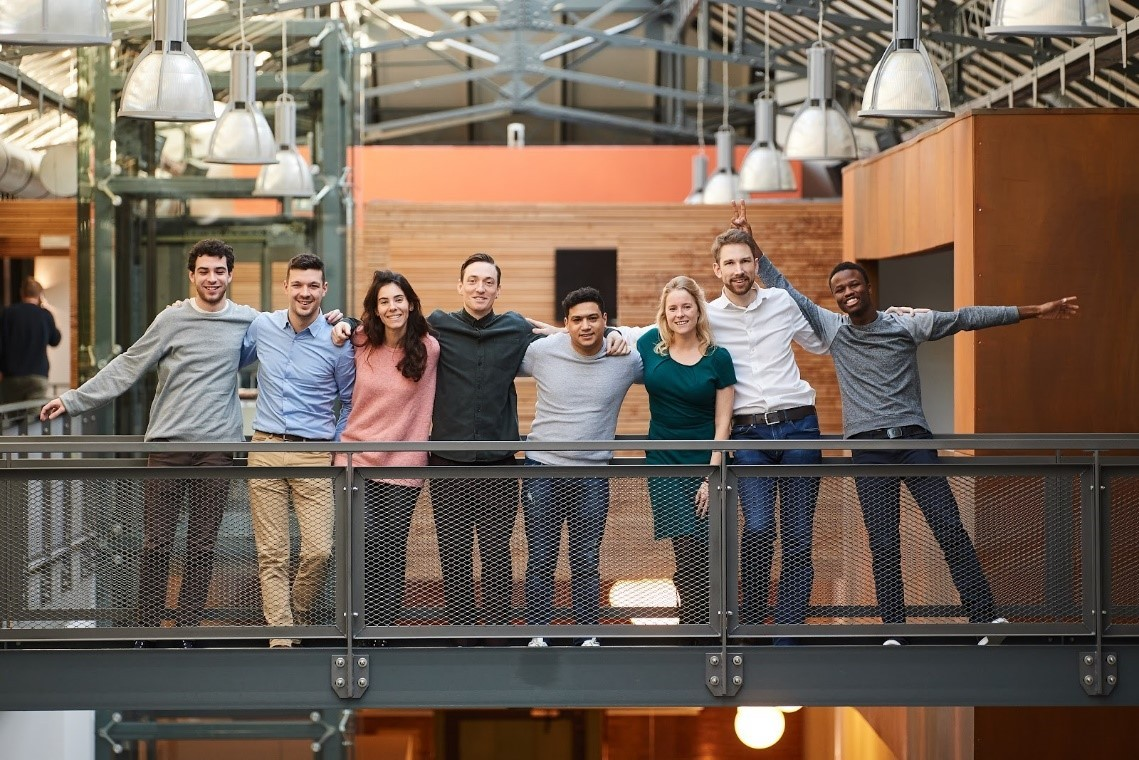 The start of this company is kind of an unusual one. After a burst pipe caused a major health hazard in a kindergarten in 2015, Alex McCormack led a field investigation on water leakages in buildings across Brussels. He discovered that over a third of buildings presented costly leaks every year, leading to an increase of 10 to 60% on water bills and over 12 billion euros worth of damage paid out by European insurance companies. Shayp set out to shape the future of water usage, by making simple and reliable water control technology available to homeowners and organisations.Today, Shayp has saved over 200 million liters of distributed water in public and private organisations with a consistently proven less than 1 year payback time and is working closely with insurance companies in central Europe. Shayp became well known in Belgium after they discovered a leak in the famous Manneken Pis statue: What was supposed to be a fountain with a closed system, had actually been leaking in excess of half a million liters of tap water every year for the past 300 years.

Ubiblue: a clean chillers based on magnetocaloric effect for cooling and wasted heat purposes

Ubiblue is a magnetic refrigeration technology with a cooling power ranging from 2 kW to 100 kW answering the needs of various industries across the world.Today, chillers are most commonly based on a refrigerant gas compressor which raises two major concerns: chillers have low efficiency and they are harmful for the environment. Chillers based on the magnetocaloric effect on the other hand have great energy efficiency and no impact on global warming.

This technology is currently being adapted to convert wasted heat into electricity. This will help limit the impact on global warming as well as finding new renewable sources of energy. The image below shows a magnetic device that the team of experts adapted and transformed into a conversion device.

This is exciting, because the company is about to finalise their proof of concept for the conversion of wasted heat into electricity. And to date, there is no significant applicable technology able to capture this lost source of energy. 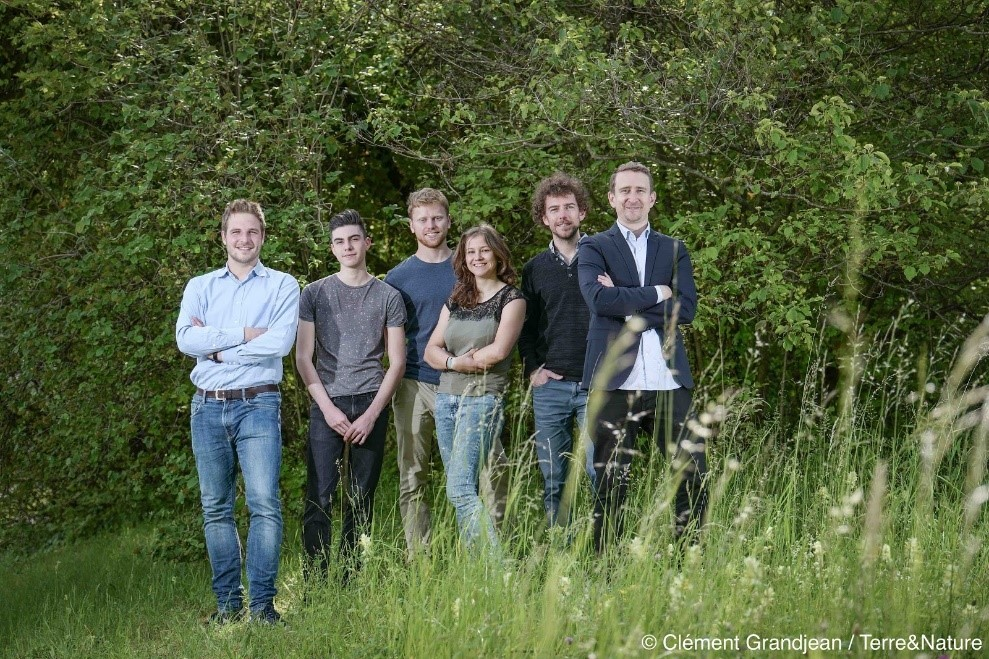 At Bloom, the team excels in deconstructing biomass. With their groundbreaking process, they provide a novel, cost-competitive route to source molecules from plants. This technology is the first of its kind and offers an unprecedented alternative for many petroleum-based products.The founding story of this company is all about passion and commitment and not letting go, and ambition, yes, but grounded in reality. In 2018, the team was looking for promising biomass waste feedstock and went on a motorbike trip to pick up walnut shells from a local oil mill, located on Swiss road 66 in the district of Morges. At that time they could only bring home as much as they could fit in their backpacks with the goal of assessing upgrading potential. A mere two years later, they are now receiving deliveries of entire trailer loads packed with hundreds of kilos of biomass.

From fragrances to polyurethanes, Bloom is committed to offering tailored solutions to customers and helping companies around the globe to reduce their carbon footprint. 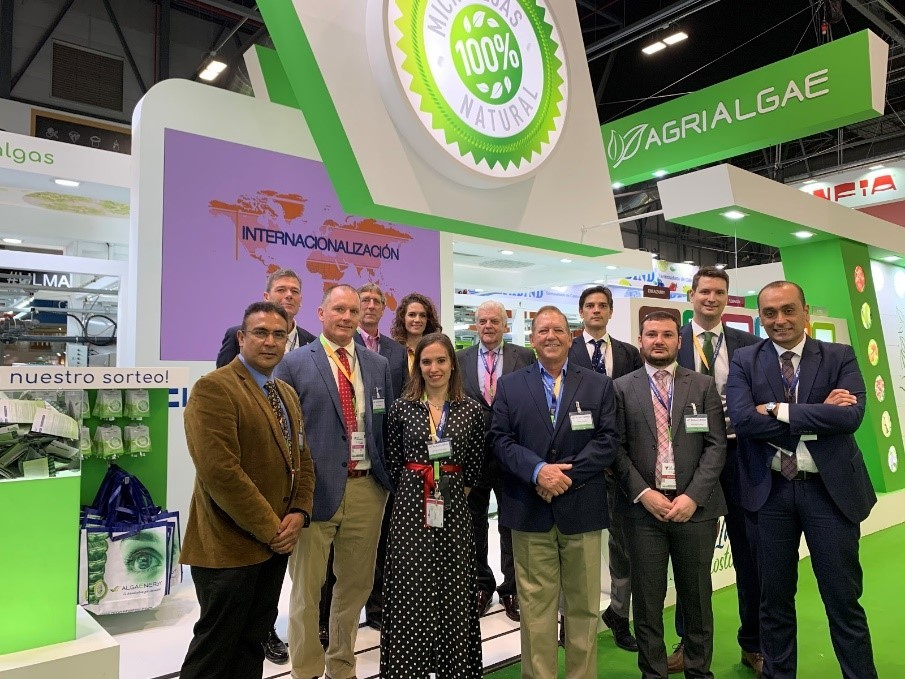 AlgaEnergy is a company which creates products derived from microalgae. It leads R&D projects in the field of microalgae biotechnology. Eager to learn the inside story of this promising company? Well the turning point was in December 2017. Picture the story: the team was in Florida, during their first commercial participation in an international fair, namely at the second World Biostimulants Congress. They had a small but well-designed 16 sqm booth showcasing many pictures of their facilities (green photobioreactor tubes) with plenty of visitors, and professionals who seized their value proposition right away. One of them, a very knowledgeable person causing the best impression on the spot, stopped by and asked a lot of questions. The team couldn’t identify his ID badge and believed it might be someone from the competition but trusted their value proposition to be so innovative compared to the state of the art, that they could tell him enough to generate interest, without saying too much. Who knows, he could eventually turn out to be a partner.

Long story short: this person turned out to be the top executive CEO of a known competitor. Today, he forms part of AlgaEnergy’s family, leading all their agricultural business activities internationally, and has created one of the strongest teams of leaders in the field of agriculture globally.

A well-known very successful serial entrepreneur once said to the General Manager of AlgaEnergy: “you can consider your company is becoming successful when you start attracting the most talented and experienced people, those who are ready to leave well-paid comfortable positions in big companies, to join yours”. First success of many more to come! 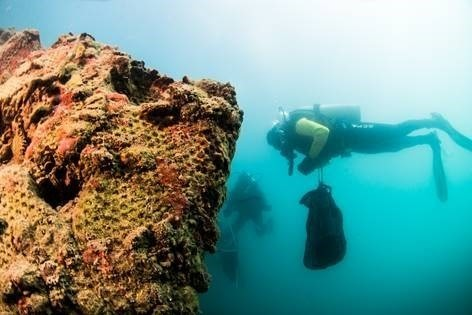 Nearly two-thirds of the world's population live in coastal regions. Construction inevitably multiplies along the coasts, destroying natural ecosystems, especially when conventional methods and materials are used. Thanks to a suite of innovative scientific solutions, ECOncrete proves, however, that it is not always necessary to choose between development and sustainability. ECOncrete was established in order to make a change in the way people build along coastlines, to bridge the ever-growing gap between the need in protecting and developing our coastlines, and the need in preserving precious marine ecosystems. ECOncrete’s co-founders, Dr. Ido Sella, and Dr. Perkol Finkel have drawn great inspiration from years of scientific work and exploration in various marine environments like coral reefs, temperate reefs, mangrove and kelp forests. Unfortunately, they’ve also witnessed devastation, reefs utterly destroyed. One specific “Aha moment” was during an expedition in Kenya. They had an amazing dive on an amazing untouched reef. The following year, the reef was demolished.

That drove the founding team to think about solutions that are nature inspired, and can be done at scale. The result: ECOncrete, a new approach for designing and building bio-enhanced concrete breakwaters, seawalls and dykes in a way that reduces risk and increases ocean health.

These were the very first 5 pitches of this brand new e-pitching programme. But we’ll be back for more. In these bizarre times of social confinement, we need more than ever to strive to connect top notch entrepreneurs in cleantech to the investment community.

Next month, on June 9th, we’ll be dressing up our pitch session a little bit. As spring moves to summer, and climate change induced droughts offer beautiful sunny weather, water shortage is becoming a huge problem, even in temperate climates. This can have a huge impact on biodiversity and food production. That’s why we’ll be inviting companies in and around the theme of water and efficient agriculture to share their ground-breaking solutions!

This article was originally published on LinkedIn by Gilles Le Cocguen. See the original post.