The discourse regarding the detrimental impacts to the marine environment caused by plastics and microplastics is attracting considerable global push. This has driven some prominent, legislated loyalty to reduce plastic waste. In the UK, there will be a ban on all sales of single-use plastics, including plastic straws. The growing public discussion about aquatic plastic pollution is likely to persist and cause extra reductions in the use of single-use plastic consumables. Currently the focus is on the marine environment, because of the attention given to it by the media rather than detailed technical investigations. As a result, it tends to under-stress the risk and damage associated with single-use plastics and microplastics in the dry land environment.

There is an increase in scientific knowledge and work on plastic and microplastic pollution in the marine environment. This research, although still incomplete, is having some significant impact on reducing the environmental threat. There is limitation on our understanding of the impact of single-use plastics and microplastics on the terrestrial environment. How these pollutants enter in land waterways and dry land where they end up, the effects on ecosystems and possible second and third order effects in the food chain remain essentially undetermined.

Plastics core components are petroleum based. In producing plastics for common use, chemicals are mixed with the raw petroleum to make plastic compounds which are used to create items like drinking straws, shopping bags and the water-proofing substance used in disposable coffee cups. The manufacturing process changes the petroleum-derived plastic from a biomaterial, whose cells would naturally biodegrade and decompose, into a material unknown by the organisms that naturally break down organic matter.

Around the globe, mainly in developing countries where waste reduction and management procedures are not robust or thoroughly followed, waste is accumulated in landfill sites.  Plastics dumped in landfill pose a risk, because they pose significant environmental impacts for the health of people and animals that rely on water drawn from the under-lying water table. Research has proven that carcinogenic substances gradually build-up in landfill. This is the outcome of plastics intermingling with water and the chemicals generated when the surrounding litter breaks down, or when interacting with hydrocarbons. They can also come from rainwater influenced by pollutants from the atmosphere. When these chemicals percolate underground to the water table level, the quality of groundwater can be degraded, to the extent that it is unsuitable for human consumption.

Plastic waste can be carried in waterways, storm drains and linked water supplies, where it can disrupt the hydraulic flow, resulting in flooding and blockages. In the built environment, infrastructure destruction caused by plastics can be expensive to repair and increases maintenance costs. Wind will also transport plastic waste from one place to another, increasing the build-up of land litter. When plastics are burnt, purposely or by accident, toxic chemicals are discharged into the atmosphere. In 2008, the World Health Organisation recognised airborne toxic pollutants as a contributing factor to 40% in the western Pacific region. The conventional practice in that region of burning waste to reduce litter, is a major reason for the surge in mortality rate.

Single-use plastics can have a significant impact on the terrestrial food chain. Plastic bags and food containers every so often carry food particles and smells that attract vermin to eat the plastic. The plastic becomes perpetually embedded in the animals’ digestive tracts, blocking the passage of food, and leading to death by starvation or infection. Birds and large mammals especially farm animals are documented as being found dead after feeding on plastic bags. Furthermore, birds use pieces of plastic in building their nest. In a nest, freshly hatched chicks will peck away at pieces of plastic, which they may swallow up.  Ecosystems are increasingly damaged when plastic litter mounds up along the shores of lakes, reservoirs, and inland waterways, disrupting the nesting patterns of waterfowl and other aquatic animals. This will have flow-on impacts on other animals along the food chain, such as tiny insects and other small animals, which are a primary source of food for higher carnivores and reptiles occupying wetlands.

Though much of the modern-day discussion regarding the environmental impacts of plastic pollution concentrates on natural environments, it is critical to mention that less is understood about its impact on human health. Land plastic contaminants have the capability to quickly enter the human food chain via agricultural livestock.  There is a surge of single-use plastic waste particles, which make their way into urban areas and the environment that support the agricultural natural and environments. Recent research findings indicate that microplastic contamination is found everywhere on land and in freshwater as in the marine environment, but not much attention has been given to its impact in both freshwater and terrestrial ecosystems hence less is known. 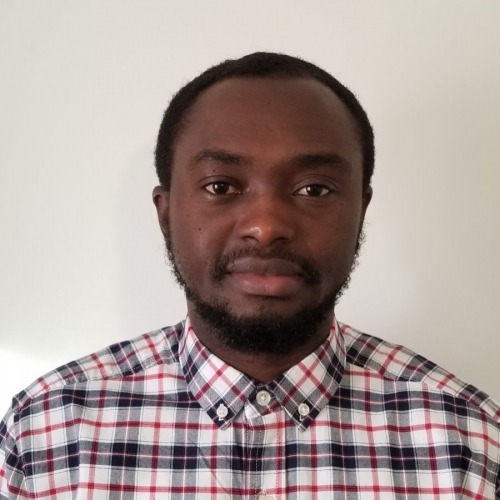 Sustainability as a Life Goal

We are still translating the website in Portuguese. During this time, you can help us improving while sharing your experience. Do you want to read the website in English?

Change to English No, thanks

Bertrand Piccard and the Solar Impulse Foundation join the call for ambitious...

Distributed generation of hydroelectricity from the water streams (canals/rivers) using our innovative micro-turbine.