As part of their global sustainability strategy, the International Olympic Committee has invested, with Worldwide Olympic Partner Toyota and Solar Impulse Efficient Solution Atawey, in a hydrogen fleet and a hydrogen refuelling station at their headquarters in Lausanne, Switzerland. The successful experiment has sparked local enthusiasm for hydrogen.

From the outside, nothing truly remarkable about that standalone 2x3m box on the parking lot of the IOC’s brand new headquarters. The true wonder, however, happens inside: with no more than water and renewable electricity, this container produces green hydrogen for the IOC’s fleet of fuel-cell vehicles.

When designing its new headquarters along the lakeside of Lausanne, sustainability was the main focus of the world’s major sport organisation. From its energy use, heating, water use, or waste management and employee well-being, every single aspect of the building was carefully examined. Today, the Olympic House is even known as one of the world’s most sustainable buildings. 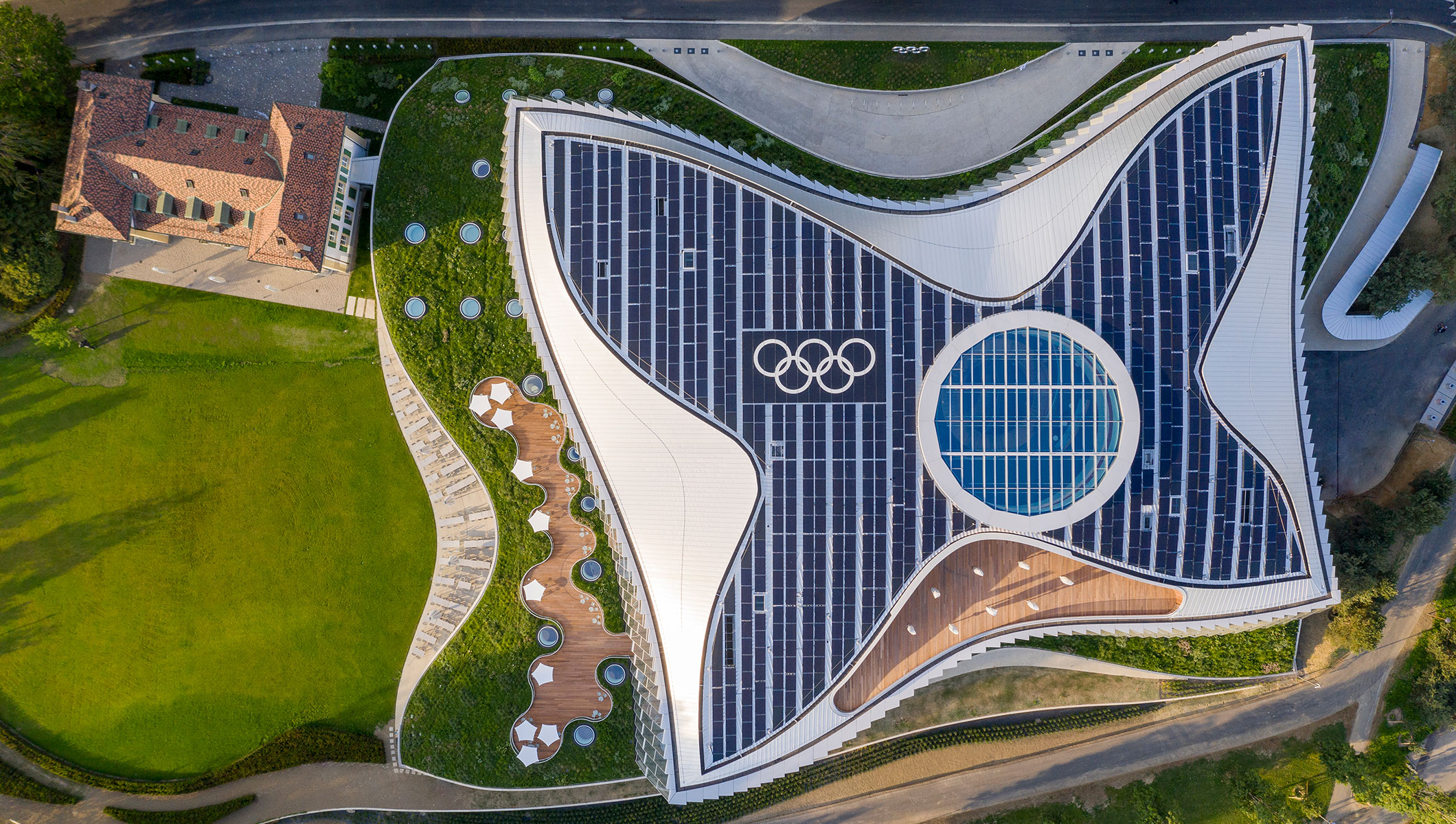 "Sustainability is one of the main pillars of the Olympic Agenda 2020, and this building was a perfect symbol for our commitment to sustainability." Marie Sallois, IOC Director for Corporate and Sustainable Development

When it came to looking into its fleet of vehicles, which transport some of the IOC’s guests, the organisation decided to look into hydrogen as a potential solution, thanks to its zero-emission, wide range and fast refueling properties. Besides the technical advantages, Toyota is a Worldwide Olympic Partner of the IOC and one of the leading fuel-cell vehicle manufacturers in the world, making hydrogen an obvious choice for the Olympic organisation’s fleet.

Atawheel, a clean technology labelled by the Solar Impulse Foundation, was chosen to provide the hydrogen station. Developed by French company Atawey, this refuelling station produces on-site green hydrogen thanks to a patented water electrolysis technology. The station, which needs only water and electricity to function, can produce and deliver the equivalent of 70’000 km per year in driving distance for the IOC’s 8 Toyota Mirai fuel-cell vehicles.

The choice of this technology was both a way for the IOC to reduce its carbon footprint, as well as spark a discussion about this new energy vector that could potentially decarbonize the transport sector.

“Besides reducing our carbon emissions, we saw the Toyota Mirai hydrogen vehicles and fueling station as a way to advance a discussion about sustainability and strengthen the role of the Olympic Movement to inspire positive change,” said IOC Director for Corporate and Sustainable Development Marie Sallois.

Even though the IOC station currently fuels a fleet of 8 vehicles, the project has sparked local interest in hydrogen technology. The station, which is easy to move, has recently been  transferred to the Swiss Federal Institute of Technology in Lausanne (EPFL), supporting the university’s hydrogen research projects. The experiment is also inspiring other local companies to shift their corporate fleet to hydrogen, according to Hubert Girault, a professor at the EPFL:

“It certainly was a pioneering move and a big statement to install a hydrogen fuelling station for a private fleet. The IOC made a huge impact, and now big companies in the area are considering changing to hydrogen as well.”

Thanks to such experiments, Switzerland is rapidly becoming a big player in the development of hydrogen vehicles. The European country will have 6 hydrogen fuelling stations operational by the end of the year, one of which will be just a few blocks from the IOC’s headquarters. This will make it possible for drivers to travel from border to border in a fuel-cell vehicle, emitting nothing else but water vapor.

Replacing vehicles’ CO2 emissions with water vapor is indeed hydrogen’s grandiose promise. Thanks to the International Olympic Committee and companies following their lead, that dream may be one step closer to reality.

Written by Tristan Lebleu on October 7, 2020

The Hydrogen Car - here and now, not just for the future