In the last century, fast growing urban populations and massive development of mobility have come at a cost. Packed public transport, never-ending traffic jams, polluted cities… Not only these issues have a tremendous negative environmental effect, but they also have a big impact on our economies. Imagine for a second the amount of time wasted in commutes by billions of people worldwide. In the U.S.A alone, according the the U.S. Census Bureau, people spend 26 minutes commuting every day. That’s 9 full days spent commuting per year...

At the current pace of urbanization, we need to rethink the way we move around and shift to a clean, reliable, and efficient mobility system.

On May 30th, Movin’On - The “Davos of mobility” - started with a panel in which Bertrand Piccard exposed his vision on how to tackle the big challenges that lie ahead of us. “Here in this room, we are all convinced by what we hear about sustainability and technology, but a lot of people are not—they don’t care about the environment or technology. They want business-as-usual, and they want to keep their old habits.” Bertrand Piccard said. 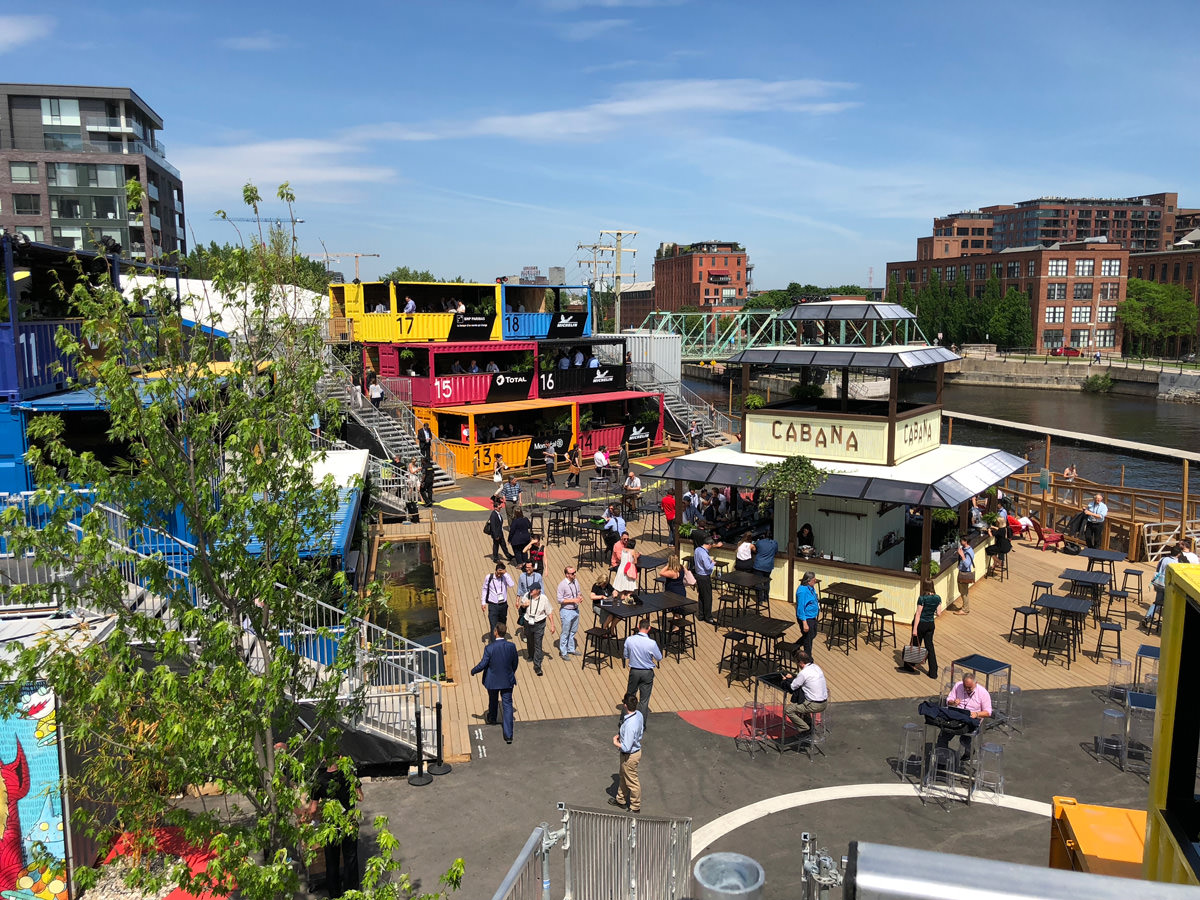 Indeed, this is something most analyst agree on. The real questions now are when will it happen, and how will we supply this new electric demand. From the timing perspective, according to a study from Bloomberg New Energy Finance, the electrification of mobility will accelerate as soon as 2020. In 2025, the sales of EVs should reach 11 million units, and should increase to 60 million units by 2040. By then, they will account for 55% of total vehicle sales.

Even though electric cars will undoubtedly hit our roads in the coming decades, electric buses are the most likely to appear first in most cities. They can improve the quality of urban air, and have much lower operating costs than their combustion engine counterparts. As Bertrand Piccard often puts it: “they are much more than ecological; they are logical!”. In December 2017, Geneva inaugurated its first fully electric bus line. Just like the Swiss city, some European and American urban areas are already testing electric bus fleets, and many more are pledging for 100% electric buses in the coming years. New York city buses should all be electric by 2040. Moreover, in the race to shift to electric transport systems, Chinese cities are far ahead of Western cities: of the 300,000 e-buses on the road today, 99% are in China.

The Lion Electric Co unveiled its new electric bus eLionM at Movin’On, which has a range of up to 240 kilometres. Even though its upfront cost is high ($265,000) compared to equivalent diesel buses - one of the biggest challenges for e-buses - it can make up the price differential through maintenance and gas savings in about five years, according to Montreal Gazette. Unsurprisingly, according to BNEF, 80% of the global municipal bus fleet should be electric by 2040. 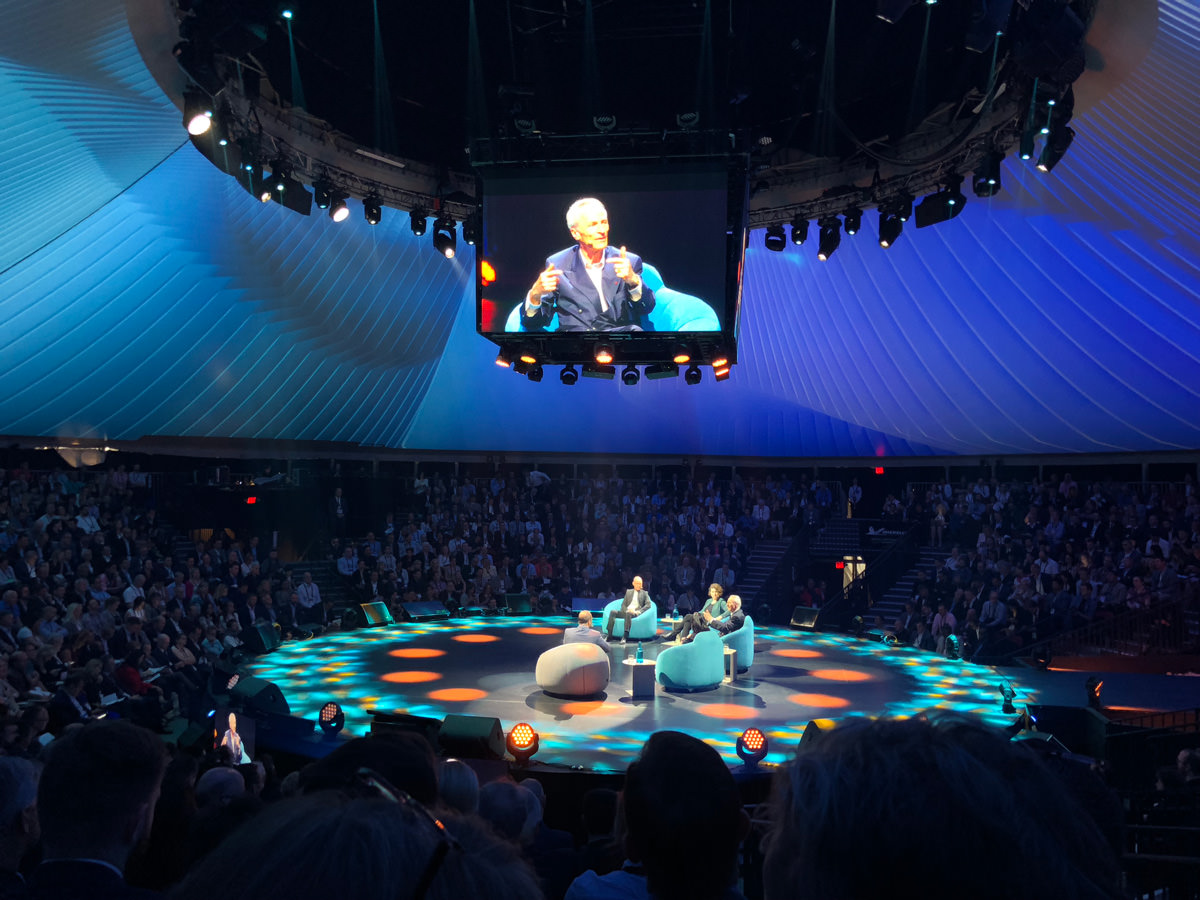 The time of private car ownership might come to an end. The rise of shared mobility is a great news both for our planet - less road congestion and improved air quality - and our economies - less time spent in traffic and less health related costs.

European cities have seen a huge increase of shared vehicles in their streets : DriveNow cars are all around London, while electric shared scooters startups Coup and Cityscoot are seen all over Parisian streets. By 2040, shared mobility is expected to account for about 80 percent of miles driven in the US.

Zify, a member of the World Alliance for Efficient Solutions, was recently awarded the Solar Impulse Efficient Solution Label. They have developed a simple service for home-to-office daily commutes. We met them at the Movin’On conference:

Autonomous cars are coming. What seemed like science-fiction just a decade ago is now just around the corner. Even though most autonomous vehicles are still in the testing phase, we should soon see them in our streets and highways. Indeed, “the combination of ride-hailing, electrification and automation seems likely to undermine the logic of car ownership for many people”, according to a recent article from The Economist, as the driver accounts for 60% of the cost of ride-hailing. The shift to autonomous and electric vehicles will have a great impact on congestion, and therefore on our planet and our economies. According to a study from INRIX, a company specialized in car services and transportation analytics, congestion cost U.S. drivers nearly $305 Billion in 2017.

“Mobility is the lifeblood of our cities and essential for urban life”
As stated by McKinsey’s Integrated perspective on mobility.

It has such a tremendous impact on both our environment and our economies, there is no doubt that the entire industry will have do undertake a massive transformation to clean technologies, services and processes. But because it is such an important part of our daily lives, this shift will only be possible if it benefits people. While electric vehicles, shared mobility, and autonomous cars will individually have a huge impact, it’s the combination of these three elements which will be a true game-changer for users: less congestion, pollution, noise, and money.