The Balueiro Segundo is a typical fishing vessel. Built in 2001, this bright red 40m long-liner, belongs to Orpagu (Organización de Palangreros Guardeses), a Spanish organization of longliners. Balueiro Segundo is about to get a radical change: at the end of the year, it will become one of the world’s first motor boat to use a rigid sail. 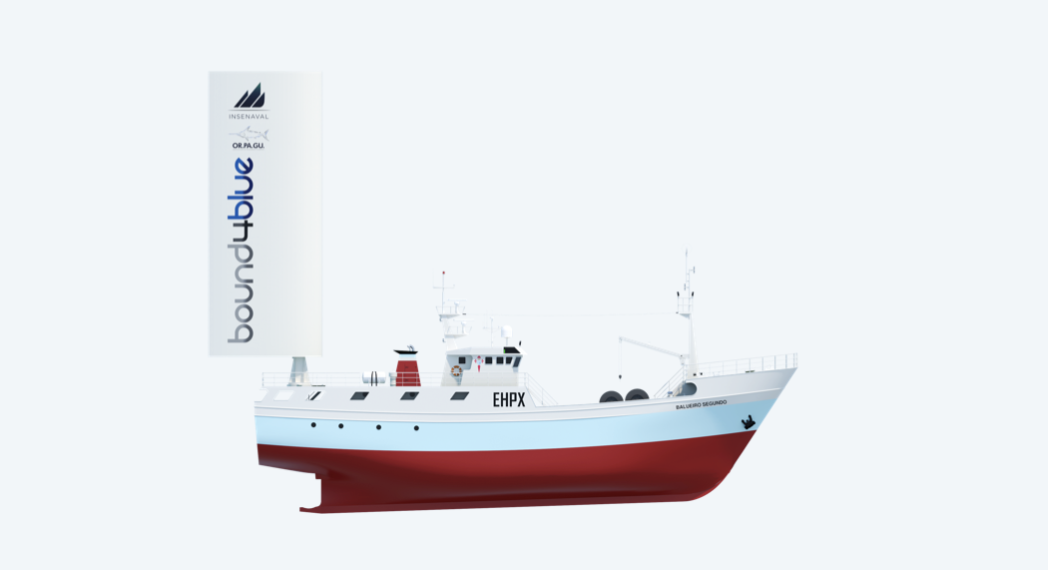 This rigid wingsail is a breakthrough technology from the Barcelona-based startup Bound4Blue, and a labelled Solar Impulse Efficient Solution. Their ingenious system uses the power of wind as a complementary propulsion to produce an effective thrust, therefore reducing both fuel consumption and pollutant emissions.

On Balueiro Segundo, the sail will consist of a 20m vertical mast bolted on a support on the main deck of the ship, in the stern, and will be completely autonomous and foldable. The sail orients itself to maximize performances for any wind direction. “It is actually more similar to the wing of an airplane than a traditional sail” says Cristina Aleixendri, co-founder and COO. This is no surprise knowing that the cofounders are all aerospace engineers. Once this new wingsail installed, the Balueiro Segundo’s fuel consumption should drop by 20%, which could save the owners over €70,000 in fuel costs every year.

By cutting-off fuel consumption and making maritime transport more efficient and sustainable, Bound4Blue could be a solution to the many challenges that the maritime industry is facing. The sector has long been pointed out as one of the world’s biggest polluters. “Ships are responsible for roughly 3% of global CO2 and GHG emissions (CO2-eq), emitting approximately 1 billion tonnes of CO2 and GHGs per year” according to a recent report by the International Council on Clean Transportation (ICCT). The main reason for such an environmental impact is that the main oil used by ships is Heavy Fuel Oil (HFO), emitting sulfur oxides (SOx), which is particularly polluting and harmful. And with 90% of worldwide cargo transported by sea, the maritime sector is central to world trade. 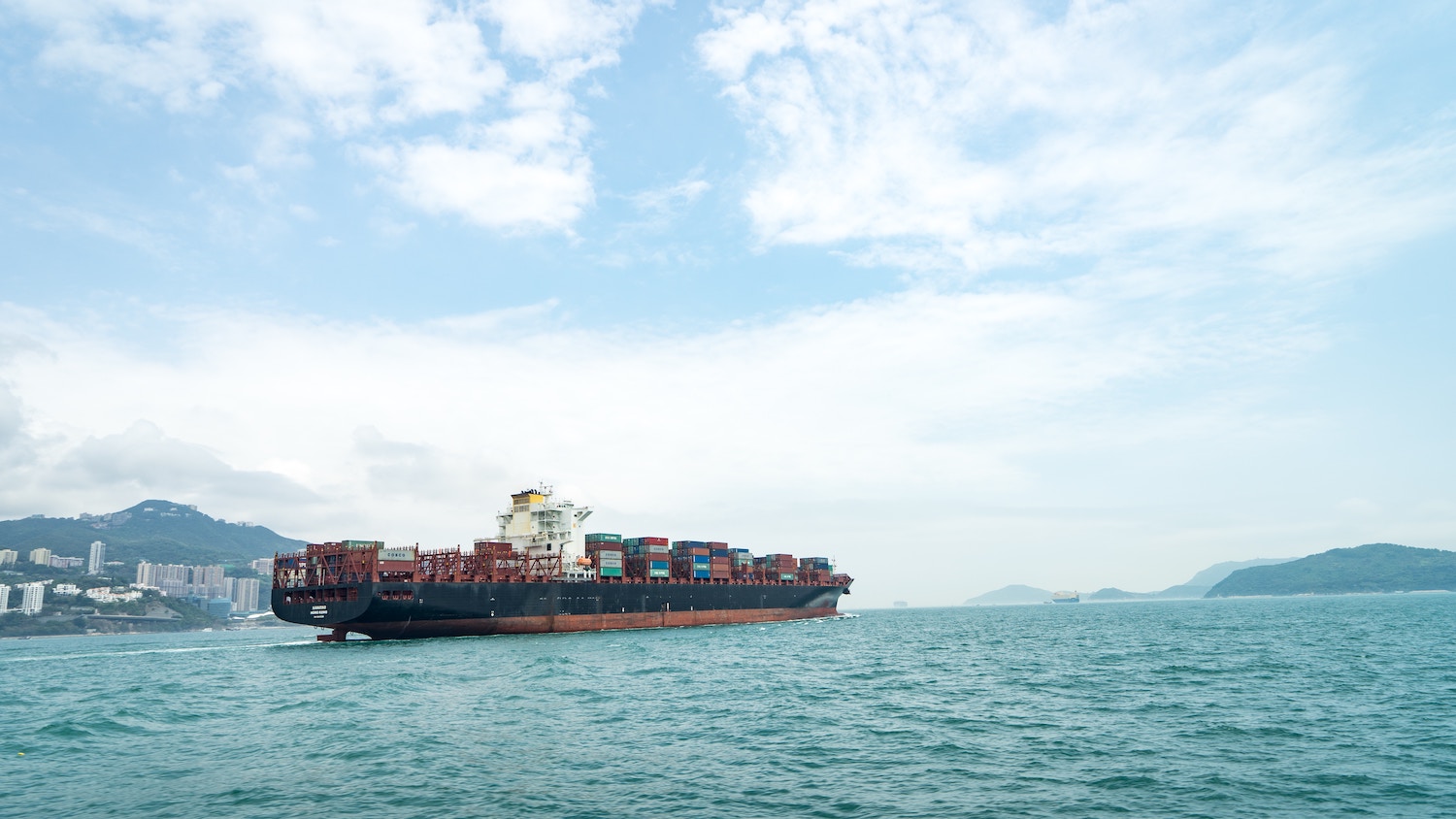 However, the International Maritime Organization is contributing to the global efforts to address climate change by imposing tighter regulations on the sector’s GHG emissions. In April 2018, it announced its goal “to reduce the total annual GHG emissions by at least 50% by 2050 compared to 2008, while, at the same time, pursuing efforts towards phasing them out entirely”. It has also announced that starting in January 2020, the limit for sulphur in fuel oil will be reduced to 0.50% m/m (mass by mass), from 3,5% today (Sulphur 2020).

“These new regulations are forcing the maritime industry to react fast. Maritime companies are using innovation as a way to comply with these new rules” says Cristina Aleixendri. But Bound4Blue is ready for the demand: “our wingsail system can be integrated on any type of vessel”. 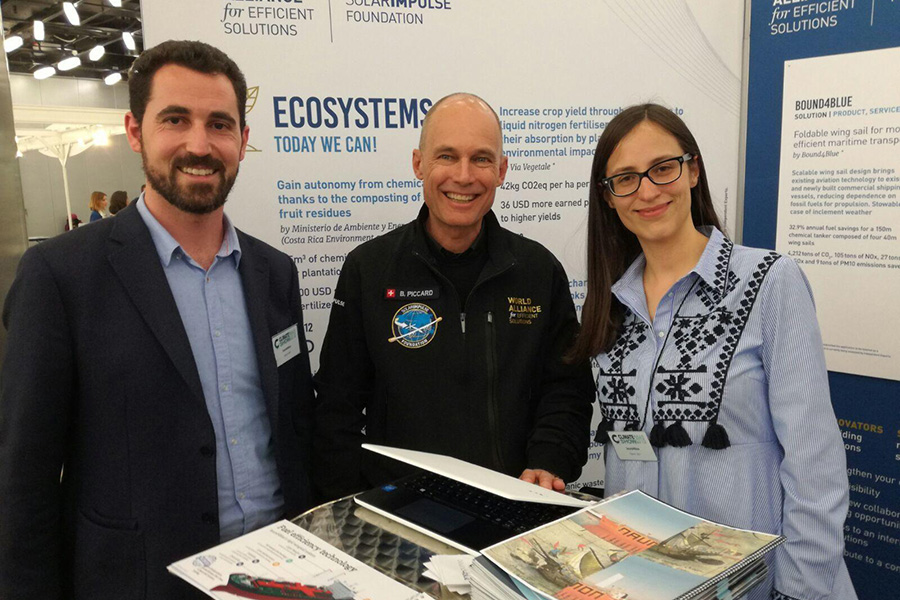 Next steps for Bound4Blue? Once the first units delivered, they will scale their system globally. “We are also looking to close our next funding round and gain visibility” says Cristina. The Solar Impulse Foundation will help them promote their solution and make wind the new fuel for cargo shipping.