Today is the 108th International Women’s Day. This year’s theme is “Think Equal, Build Smart, Innovate for Change”, and strongly focuses on the importance of women involvement in climate action (here’s an article from UNFCCC about the need for more women in fighting climate change: read 5 Reasons Why Climate Action Needs Women).

The cleantech sector is still overrepresented by men. Indeed, most cleantech startups are based on science, such as physics, chemistry, engineering, which are areas of studies where women are still underrepresented. While there are no specific figures for the cleantech sector, a study by Founders4schools shows that only 17% of tech employees are women, and that women make up just 4% of software engineers and 1% of leadership positions in the STEM (Science, Technology, Engineering and Mathematics) sector.

But this situation is changing. As we advance in our labelling process, we see more companies founded by women entrepreneurs. We believe empowering women will lead to more inclusive and effective climate solutions, and that it is our role to promote women in cleantech, and hopefully contribute to a more balanced world.

Here are 4 entrepreneurs who are leading the fight against climate change by inventing innovative climate solutions. And yes, it turns out they’re women. But first and foremost, they are inspiring individuals who have decided to have a positive impact on the environment. 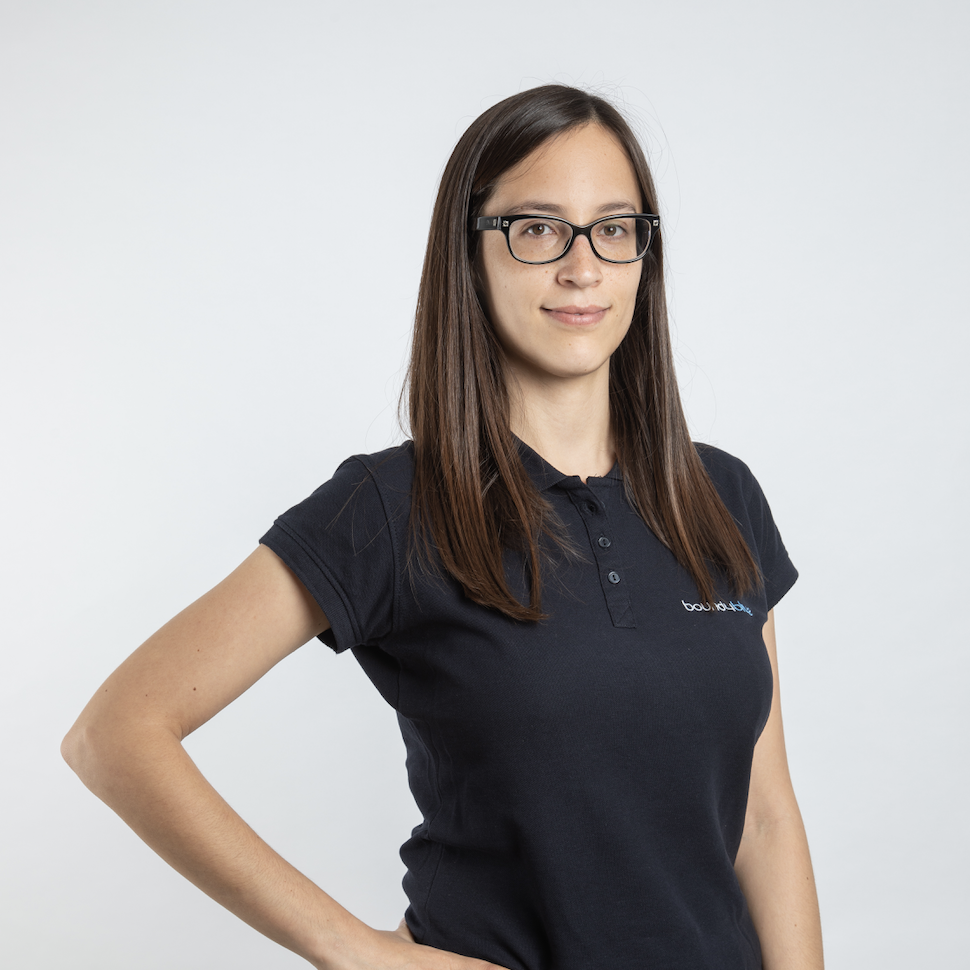 Cristina co-founded Bound4blue in 2014 to reduce the impact of the maritime sector on the environment. Indeed, this industry is a massive contributor to pollution, as it accounts for 3-4% of global energy-related emissions. Her innovation consists of an autonomous rigid wingsail system which can reduce fuel consumption and carbon emissions of ships. She was recently named in Forbes’ 30 Under 30 Europe 2019 list in the “Revolutionizing Industry” category.

“As aerospace engineers we saw that the solution to the maritime industry challenges was inside our own industry and we took the decision to start bound4blue from scratch. I knew it had a great potential to make this world a better place by acting positively and at a global scale on climate change and it was my moral duty to take action.” 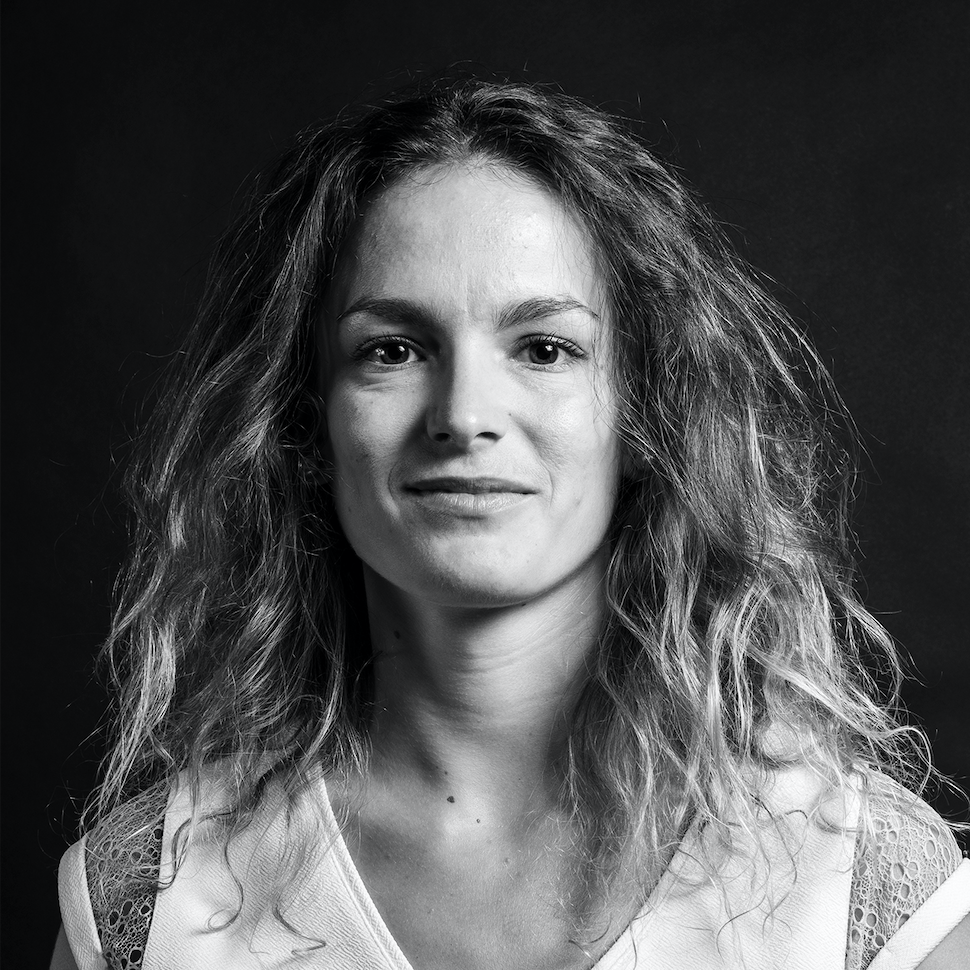 While sitting in the cafeteria of her university campus, Eleonore Blondeau noticed the amount of plastic cups used and thrown by students. Bothered by the amount plastic waste, she founded CleanCup, a dispenser of reusable cups to be installed in companies, campuses, and public spaces.

“I decided to start a cleantech solution because I wanted to prove that having a business with a positive impact for our planet can be a profitable business too and that it should become the only one way of doing business.” 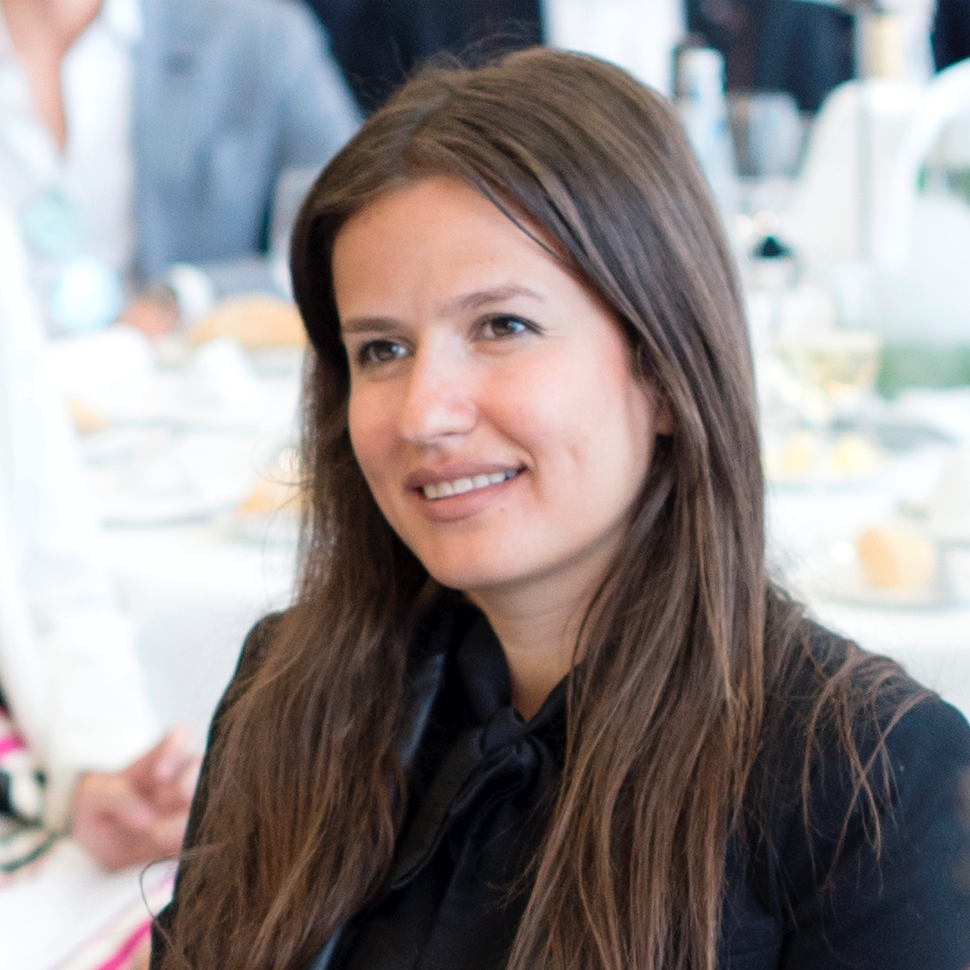 Since an accident when she was a child, Inna Braverman has dedicated her life to the clean energy transition. In 2011, she founded Eco Wave Power, a technology company to harness power from waves and turn it into electricity. With her innovative technology, she has won many prestigious awards, such as the #Women4Climate Tech Challenge, and was listed among Wired’s Females Changing the World.

The company was established due to my personal journey and passion to make the world a better place. Although I reside in Israel,  I was  born in Ukraine, and 2 weeks after I was born the Chernobyl nuclear reactor exploded, causing the largest in history nuclear disaster. I had a respiratory arrest due to the pollution, and my mom which was a nurse luckily approached my crib on time and gave me mouth to mouth recitation which saved my life. Given a second chance at life, I definitely want to make sure that I do something that changes the world for the best. 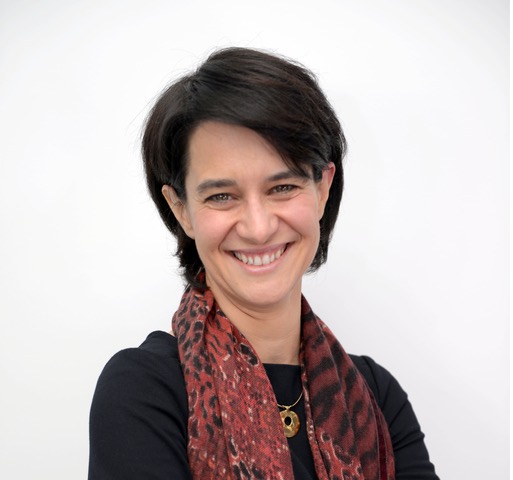 After working for a major energy company for 15 years, Valérie Mas decided to set up her own business to tackle a major challenge: fuel consumption of cars. She founded WeNow in 2014. Once plugged into a car, this little dongle gives drivers advice on how to reduce their fuel consumption, also known as eco-driving.

As a mother of 3, I am particularly concerned about climate change. I wanted to contribute in the resolution of climate change by inventing a cleantech solution that helps to reduce CO2 emissions of cars. With WeNow, we wanted to give every driver the power to reduce the carbon footprint of his car, starting now. Thanks to our connected dongle, every driver can reach carbon neutrality in 3 steps: he measures, reduces and offsets te carbon emissions of his car, trip after trip. Ecodriving coaching, change of behavior, raise of awareness in the carbon offsetting industry are part of our every-day goals. We are building a community that acts for a positive environmental impact. 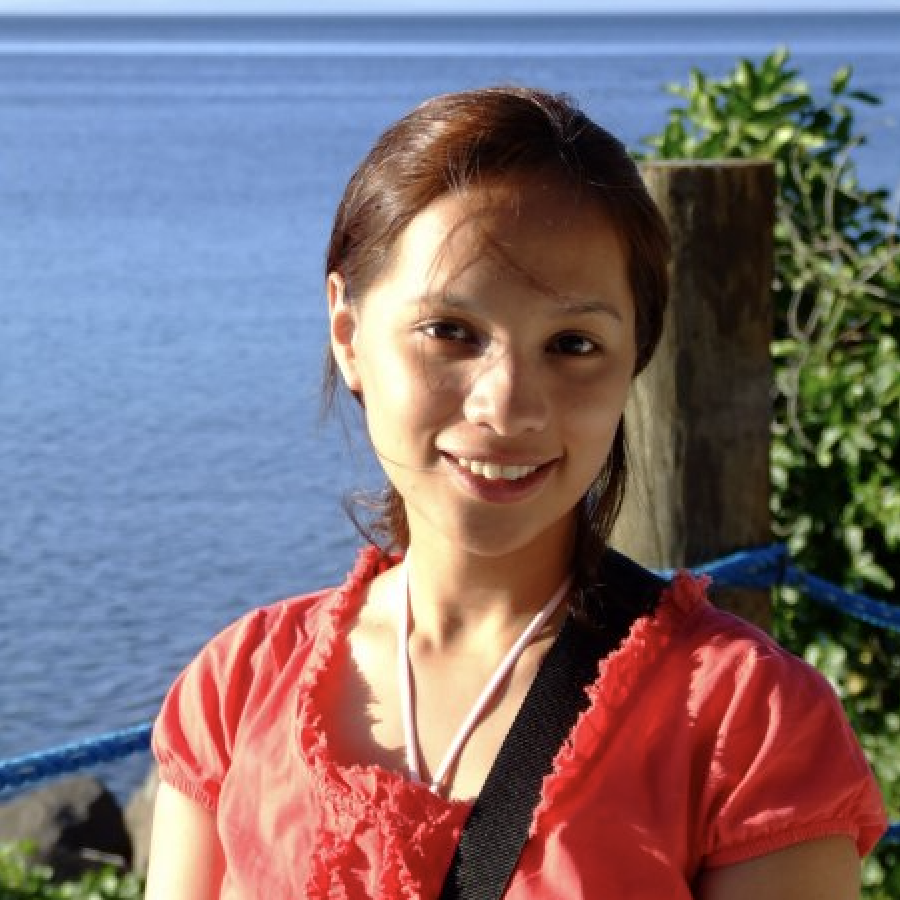 When massive floods hit the French region of Hautes-Pyrénées in 2013, causing several deaths and significant damages, it appeared clearly to Aileen Robert that climate change would have devastating consequences on people’s lives. Using her high skills in geosciences, she decided to create OgoXe, a technology company developing an intelligent flood alert and forecasting system. This smart device aims to inform, anticipate and alert local populations in case of floods.

“To fight the effects of climate change there’s no other choice! Our planet needs sustainable, resilient and clean solutions NOW.” 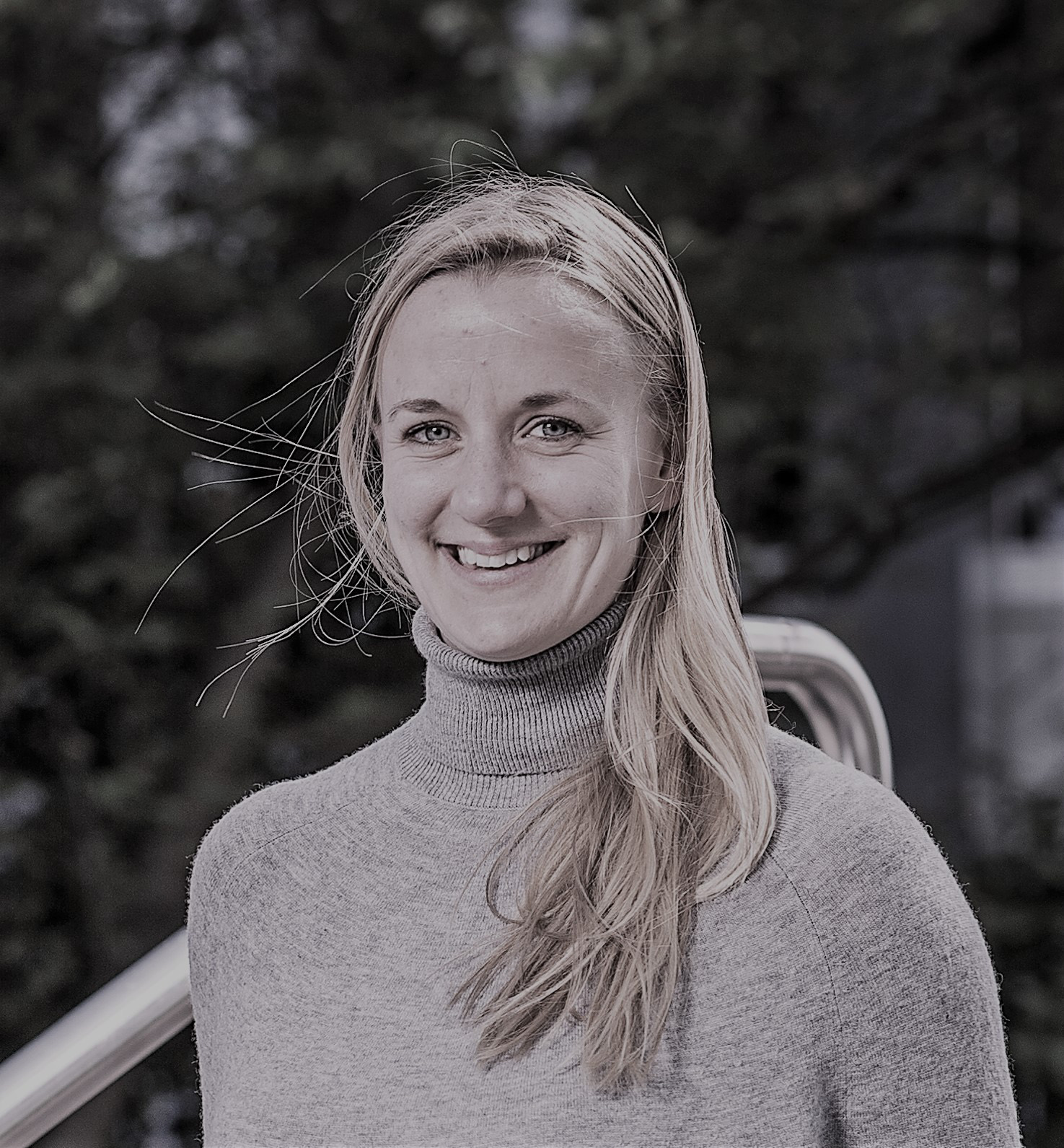 "We started Hawa Dawa because we want to be part of a generation in which the brightest minds were obsessed with change for a greener, healthier future planet and not with getting people to click on ads. The first step in levering this change is an appreciation of environmental value the next step are the means for preserving it. We believe clean tech is one very viable mechanism.”

ARE you building a CLEANTECH COMPANY?APPLY for THE SOLAR IMPULSE EFFICIENT SOLUTION LABEL