And things could get much worse in the coming years, as dairy milk and beef global production is increasing every year. Indeed, the OECD (Organisation for Economic Co-operation and Development) & the FAO Agricultural Outlook 2017-2027 even projects a significant increase of 22% to the reference period (2015-2017) for dairy production. The increase in production for beef should reach 7% in developed countries and up to 20% in developing countries according to the report. This trend is mainly attributed to diets globalisation, growing population and incomes.

A closer look reveals that the two mains sources of total emissions of the sector are the feed production and the enteric fermentation (methane emission) with respectively 45% and 39%. The FAO says that a key to lower the emission of ruminant production is the feed efficiency at the herd and animal level. At the herd level, feed efficiency would result in a smaller  consumption and production of feedstock. On the other hand, at the animal level, a better feeds and feeding techniques would lead to a reduction of gas produced during digestion.

Several pathways have been studied to influence the gas emissions, FAO brings to the fore the potential of feed supplements that could have direct impact both on methane produced by enteric fermentation and on feed efficiency.

Obviously, the world is not quite ready to let go of cheeseburgers but we can still work to lower the impact of dairy and beef production by using existing processes and solutions.

Agolin Ruminant, a freshly Solar Impulse labelled solution, is a perfect example of solutions that can help reduce enteric methane production of dairy milk and beef cattle by 15% to 20%.

Concretely how does it work?

Agolin Ruminant is a food additive made of plant extracts from medicinal herbs and spices that influence the rumen microbiota positively. The product acts on the rumen responses notably by reducing methane production that leads to a more efficient absorption of energy and protein. In few words it has direct and indirect impact on the environment.

The Solar Impulse team went to visit the production plant based in Bière, Switzerland, to have a closer look at the solution. The Agolin manufacturer is located in the middle of green fields and takes the form of a very vintage mid-century factory. Kurt Schaller, Managing Director of Agolin, told us it used to be a ski manufacture, quite cliché for Switzerland. The first thing that you notice when you step into the warehouse is the smell. As we are talking about cattle waste your guess is that it’s a bad smell, but not at all. It floats there a strong floral fragrance emanating from the essence oil used to produce Agolin Ruminant. But still the smell has been a real struggle during the development of the product as confides Beatrice Zweifel, Development Director.

Indeed her colleagues were not happy with her bringing kilos of rumen in the laboratory to test the effects of essential oils on the methane emissions. The development of the product was empirical, she tested in vitro different combinations of plants. Once she found the best mix she launched the in vivo testing that resulted to even bigger impact on methane emission and contributed to unexpected better feed efficiency and animal performance such as milk yield. Tests showed that the plant-based feed supplement leaves no traces on milk and meat.

Agolin Ruminant therefore is a great example of Efficient Labeled Solutions. The economic and environmental benefits are clear and recognized by several renowned institutions. Using Agolin Ruminant on the world existing cattle population could concretely result on a reduction of GHG emissions of 300 millions tons, which would represent almost 1% of the total GHG production.

Do you have a solution that is both profitable and protects our planet?Submit your solution now 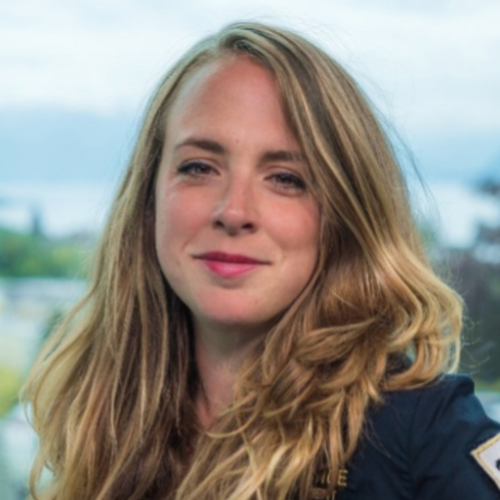