This month’s inaugural Global Climate Action Summit in San Francisco brought together public and private players, large and small, from all over the world to "take ambition to the next level" in our collective efforts to protect the planet.

Ambition and action are not just words. There is simply no other path to environmental sustainability than to aim big and act, together.

A prime example of this spirit was a parallel conference in San Francisco to push forward the global development of a key to a clean energy transition: hydrogen.

The San Francisco meeting was the first U.S. gathering of the Hydrogen Council, established in 2017 as a CEO-led coalition of leading companies in the energy, transport and industrial sectors. This month has also been a chance to welcome 14 new members, alongside its founding members which include Air Liquide: Airbus, Air Products, Cummins, EDF, Johnson Matthey, KOGAS, SINOPEC, Thyssenkrupp, AFC Energy, Mitsubishi Heavy Industries, Ltd., Re-Fire Technology, Sumitomo Mitsui Banking Corporation, Sumitomo Corporation, and Southern California Gas. The coalition has quadrupled in membership over the past year. The 3rd annual CEO event, the Global Hydrogen Leaders Forum, was an official affiliate of the Global Climate Action Summit (GCAS), and was such an incredible opportunity for industry executives to engage with stakeholders to drive large-scale commercialization of hydrogen worldwide.

Where does all this energy begin? Check back with the basics back from high school science class, and that H in the upper left corner of the Periodic Table. Hydrogen is the most basic chemical element — just one proton and one electron — and makes up nearly three-quarters of the mass in the universe. It is two-thirds of every drop of water. It's the fuel that feeds the sun and the stars. It’s the primary source of energy in coal, petroleum and natural gas.

Hydrogen has long been used across several industries, including the process for converting heavy petroleum extracts into lighter, exploitable forms of fuel. But the objective of turning hydrogen itself into a viable and clean energy source to power vehicles and heat houses is the potential game-changing solution that could lead the way toward a full energy transition. And the rise of concern with the need to tackle also the "hard to abate" sectors downstream energy production, ie industry processes, district heating and heavy transportation, sees the role of Hydrogen growing further.

The first hydrogen fuel cell vehicle — a farm tractor — was built in rural Wisconsin in 1959. By 1965, fuel cells were being used for NASA's Gemini spacecraft. Four years later, Apollo 11 had landed on the moon using hydrogen fuel cells as its primary source of electric power.

It took more than two decades from the moon landing until Roger Billings designed the first hydrogen fuel cell automobile in 1991. According to Information Trends, a market research company based in Washington D.C., more than 10,000 hydrogen fuel cell cars are now on the road around the world.

The Hydrogen Council estimates that the number of hydrogen fueling stations worldwide should increase from 375 in 2017 to more than 1,100 in 2020, everywhere from the state of California to Japan and South Korea, Denmark and Germany. Within two years, Shanghai plans to have 3,000 hydrogen-powered buses operating; and if you visit my hometown of Paris, you might wind up in one of the world’s first electric taxis powered by hydrogen: Hype.

Indeed, even if it is still early days for both demand and infrastructure, current production levels could already power up to 10 million hydrogen-powered vehicles. Meanwhile, Air Liquide is developing its Blue Hydrogen initiative, its own commitment to produce at least 50% of the hydrogen dedicated to energy applications through carbon-free processes by 2020.. During the closing ceremony of the GCAS, the Hydrogen Council restated, through its co-chairs Benoît Potier, CEO & Chairman of Air Liquide and Woong-Chul Yang, Vice-Chairman of Hyundai, its commitment to a goal of decarbonizing 100% of hydrogen fuel used in transport by 2030 .

But now, the breakthroughs popping up around the world must be both accelerated and organized into full-fledged global energy ecosystem. In other words, it’s time to scale up.

The Hydrogen Council sees the potential for hydrogen to power at least 10 million cars and 500,000 trucks by 2030, as well as tap into emerging uses in feedstocks, heating and power for buildings, power generation and storage and mostly helping decarbonizing the key industry and other heavy transportation sectors. Annual demand for hydrogen could increase tenfold by 2050 to meet 18% of total final energy demand in order to meet the 2-degree cap of the Paris Agreement on Climate Change

After the summit in San Francisco, I landed back home in the French capital. For different reasons, Paris has emerged as one of the place of the hydrogen economy, next to Japan, Germany, California, along with Korea and China. The U.S. decision this year to pull out of the Paris Agreement, as well as France’s own recent debate after Ecology Minister Nicolas Hulot’s resignation, are both reminders of the challenges we face and the stakes at play. This will require a different blueprint, a collective endeavor that requires at least as much ambition as the Moonshot effort, but on a global scale!

But this is not about any one city, industrial strategy or inter-governmental agreement. The hydrogen economy requires aim both high, and wide. Spearheaded by efforts such as this week's summit in San Francisco and coalitions like the Hydrogen Council, we hope the shared impetus will help create the investment environment we need. The arrival of the hydrogen economy requires a global commitment to align public, private and civic interests — and it will have to happen with coordinated will and ambition of everyone. Today's Moonshot is to fuel Earth with sustainable energy. Hydrogen is ready.

The views expressed are from the author, and don't necessarily reflect those of the Solar Impulse Foundation.

Guest posts are articles written by our Members, Partners, key industry leaders or experts about clean technology trends and innovations that are interesting for the Solar Impulse Foundation ecosystem. 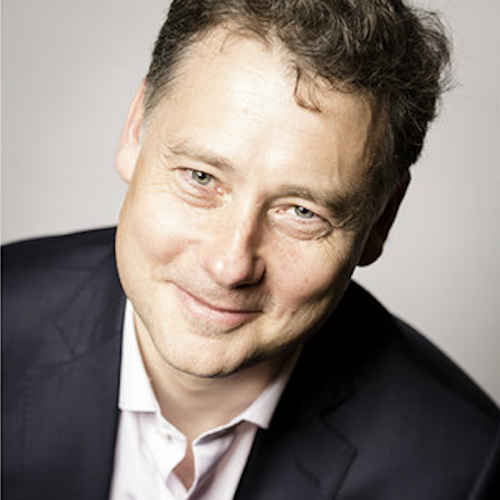 Written by Pierre-Etienne Franc on September 27, 2018