In November 2018, a dead whale that washed ashore in eastern Indonesia made the headlines and moved public opinion around the world. What was so special about this 31-foot marine mammal? An enormous amount of plastic waste was found in its stomach, including 115 plastic disposable cups. One big victim of an even larger problem: disposable plastic.

The world is addicted to disposable plastic. And cups are just the tip of the iceberg. They’re found pretty much everywhere, at your office coffee machine, cafeteria, train stations, public areas, waiting rooms… Everywhere! An estimated 500 billion plastic disposable cups are used every year around the world and thrown away almost immediately after usage. And guess where they end? Landfills and oceans, mainly. Considering that plastic cups take about 500 years to disintegrate in the environment, we’ve created a long-lasting mess. And plastic pollution isn’t the only problem: according to a study from the MIT, each plastic cup is made of approximately 3.2g of petrol. By 2050, plastic may account for 20% of the world’s oil use.

The big problem of plastic cups is that they’re difficult to recycle. Astonishingly, only 1% of plastic cups enter a recycling process. Which is why they have become such a major issue.

CleanCup, a solution developed by French startup CEDIN and recently labelled by the Solar Impulse Foundation, has come up with an innovative idea to fight disposable plastic: if the cups can’t be recycled, why not reuse them?

“One day, as I was sitting in my university’s cafeteria, I realised that people were taking a plastic cup, drinking a sip and throwing it away. And the same person would come back to the café later, go to the same fountain, take another cup, drink another sip, and throw the cup away. It really bothered me to see all those discarded cups ”
recalls Eleonore Blondeau, the founder and CEO of CleanCup. 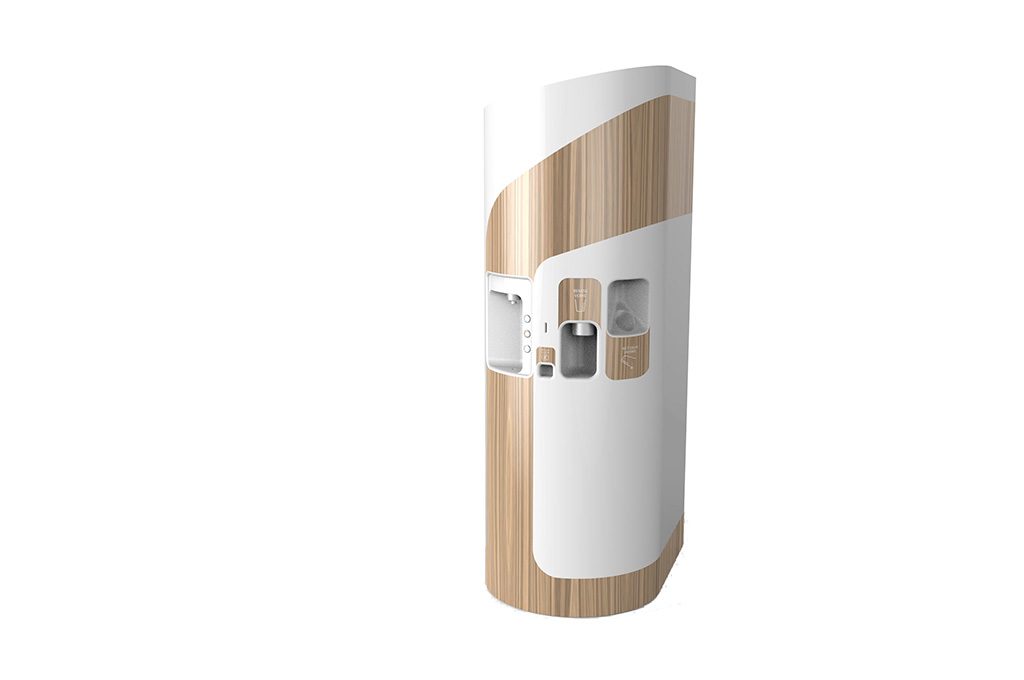 CleanCup has developed a dispenser of reusable cups. The concept is very simple. You put a €1 deposit in the machine, get a cup (which can be personalised with your company’s logo), fill it with water (a fountain is integrated directly in the machine) or whatever pleases you, and drop the cup back in the machine so that it will be cleaned automatically, on site. CleanCup mainly targets companies, but it is also looking to expand into university campuses, and public spaces.

The company has installed 3 of its dispensers already, and has won many prizes for its innovation.

Alongside solutions like CleanCup, the issue of disposable plastics obviously has to go hand in hand with public regulations. The good news is, around the world, many countries have decided tackle single use plastics and are forbidding them:

Written by Tristan Lebleu on February 8, 2019