A simple and affordable solution to filter water through a ceramic pot without using electricity or burning fuel.

When Kathy Kue, an American Harvard student, went to Uganda to teach an all-girls academy in 2010, little did she know that this experience would spark an idea that changed the lives of over one hundred thousand people. While living with a host family, she noticed they were getting sick all the time because of unsafe water drinking.

In Uganda, over 20 million people lack access to a clean water source, resulting in major health issues such as diarrhea, which is the 2nd cause of death for Ugandan children. But the problem of safe water access, a basic human need, goes far beyond this Western African nation. According to the World Health Organization, 2.1 billion people do not have safe drinking water at home and 361’000 children under 5 years of age die of diarrhoea every year.

In addition to the health and sanitation issues, the lack of access to clean water poses a major economic challenge because of the productivity loss for people having to walk long distance to access a safe water source. According to the World Bank, poor sanitation and water supply result in economic losses estimated at US$260 billion annually in developing countries. Impoverished populations end in a poverty trap, as they also have to spend the little money they have, either on wood and coal if they boil water or on healthcare once they’re ill. Finally, their is a clear environmental cost. The use of firewood to boil water contributes to deforestation and increases CO2 emissions.

With her desire to find a solution to these issues, Kathy Kue developed Purifaaya, an innovative yet simple water filter. The system is composed of a plastic dispenser in which is disposed a ceramic filter made from local clay and sawdust. The ceramic filters the bacteria and impurities lets only clean water drip into the pot, where people can help themselves directly through a tap. Purifaaya was tested by Uganda’s Ministry of Water and Environment in 2015, who determined it was 99.9% effective and its water safe for consumption. 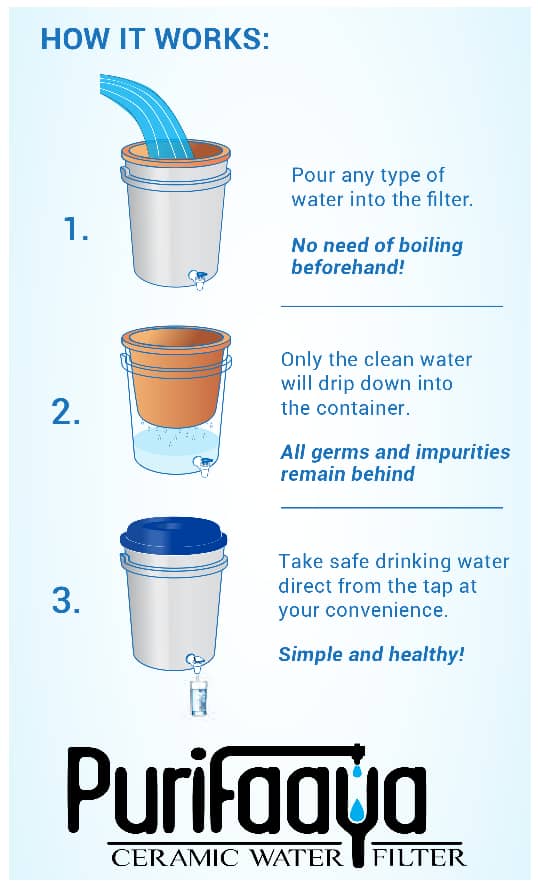 By offering an alternative to water boiling, each ceramic filter saves 2.21 tons of CO2 emissions per year and can save up to 160$ annually per household. The filters are accessible directly to end-users or through partnerships with traditional retail channels, micro-finance institutions that offer financing options, and development agencies that install them in public spaces such as schools, health centers, and refugee camps. The 32’000 Purifaaya filters distributed have already impacted the lives of over 125’000 people and saved over 110 metric tonnes of CO2 from entering the atmosphere from reduction in boiling.

By producing the Purifaaya onsite and entirely with local materials, Spouts of Water - the manufacturer of the solution - has also had an economic impact in Kampala. Kathy Kue’s company now employs 35 people.

Saving money while saving the Planet: concrete solutions for consumers