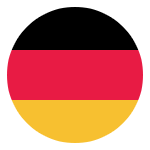 What were you doing on Sunday, March 21st, 1999? It was such a long time ago! And yet, many of you have told me that you remember that day as if it were yesterday…

Exactly 20 years ago, at 6.00am, Breitling Orbiter 3 kissed the burning hot sand of the Egyptian desert as my balloon flight around the world came to an end. More than completing a round-the-world flight in 20 days, my teammate Brian Jones and I had just achieved Jules Verne’s dream. The intensity of this moment remains, to this day, indescribable and will be forever etched in my memory. As I celebrate this anniversary, I sometimes find myself feeling deeply nostalgic about that period. I keep asking myself: “What if Breitling Orbiter 3 had been my last carefree adventure?”

You may ask, what does being carefree have to do with the Breitling Orbiter 3 adventure? Even though this round-the-world flight showcased impressive technical, scientific, human, athletic and even philosophical prowess, bear in mind that it was also an epic journey filled with tentative first steps, improvisation, crazy wagers, risk taking and, I must admit, nonchalance.

The technologies we used to fly around the globe in this fifty-five-meter-high balloon filled with helium bear no resemblance to what we’re used to today. Weather forecasting was still in its infancy, requiring our meteorologists to come up with their own models. Based in our Geneva control center, they analyzed with razor-sharp accuracy the direction of the winds in order to tell us the altitude to fly at to head in the right direction. It was a constant challenge. Those were also the early days of GPS technology and satellite communications which considerably complicated our task. Meanwhile, our requests for overflight authorizations, which would prove decisive for the project’s success, were novel for the authorities. Nobody really understood the goal we sought to achieve. No need to mention that social networks didn’t exist and that the Web had only recently emerged: many of you first subscribed to Internet service providers in order to be able to follow the round-the-world flight live. Just like my father had bought a television in 1969 to watch Man’s first steps on the Moon. All of this heightened the challenge of the adventure. But it also made it that much more beautiful. Romantic. Carefree.

In order to accomplish this extraordinary feat, we obviously took considerable risks. Several balloons had crashed into the sea, others had been stopped by forbidden border crossings. So what? Modern society had not yet been overtaken by the despotic rule of security regulations. Nothing had been explicitly forbidden so everything was still possible. That’s why a dozen teams had been competing over 15 years to achieve what many still considered impossible at the time. Dick Rutan, Larry Newman, Andy Elson and Kevin Uliassi. And, of course, Richard Branson and Steve Fossett who both became friends. They all experienced failure and relentlessly started over in a quest for the last Grail of aviation. They persevered. They were carefree.

At the time, global warming was a scientific theory that many still dared to question. Of course, here and there, climate experts in vain attempted to warn the international community about the scale of the catastrophe and danger lying ahead. But we were too busy conquering the sky, the Earth and the stars. The world displayed a certain carelessness.

On March 21st, 1999, Breitling Orbiter 3 landed in the Egyptian sand. I gazed one last time at our fuel tanks. Having started off with nearly four tons of liquid propane, we barely had 40 kilograms left. Our consumption rate of fossil energy had been one of our main sources of anxiety for nearly three weeks. From now on, this would become the main issue facing our civilization for the coming century. The end of this poetic adventure unquestionably marked the end of an era. The end of a carefree world.

I suddenly had an idea…Would it be possible to fly around the world powered only by the sun? This idea would stay with me for nearly 15 years despite the burden of security regulations, the endless administrative processes and the demanding requirements of futuristic technologies. This would be followed by my fight in favor of more ambitious policies worldwide regarding renewable energies and clean solutions.

I draw strength by thinking back now and then on my round-the-world balloon flight and that bygone era. I loved being carefree back then… 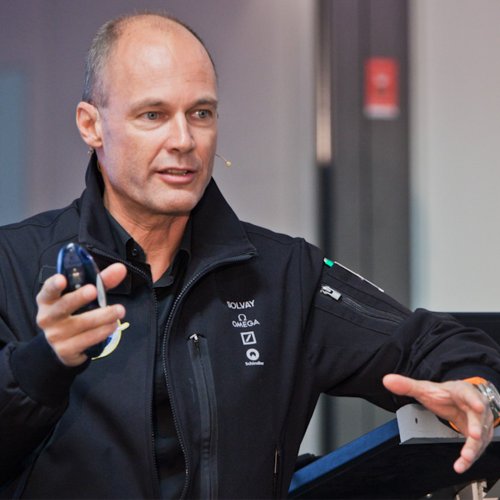