If you’re reading this, there’s a good chance that you live in a city. Most of us do nowadays and we live in them for a whole host of good reasons; community, opportunity, access, things to do.

But we do so knowing there a trade-off, whether it be dealing with traffic jams, trying to find somewhere nice (and affordable) to live, having decent air quality or even finding a park to have some calm. Obviously, many people live in cities because of necessity - the need to be close to our job, the need for services (childcare, healthcare, etc) or the affordability of transport and housing.

All this to say that as cities continue to grow, these negatives are likely to be exacerbated; resources will become stretched and inequalities widen. As such, our cities must develop in a manner that ensures they remain inclusive, afford opportunity under fair conditions, and remain places that people want to live rather than where they have to live.

That means better urban planning, sensible and well implemented policies and regulations, and running our cities in a way that makes efficient use of resources while simultaneously reducing their environmental footprint. But if we do these things right, it can also unlock further opportunities for cities to prosper. That, of course, is one of the reasons why we at the World Alliance are focused solutions that do just that.

This is a pretty difficult one; while the potential for positive impacts exist across health, quality of life, inclusivity and safety to name but a few, you also have to offer convenience and useful alternatives while also playing a bit of hardball. Take Paris; They are offering convenient measures to reduce the number of cars in the city, such as Autolib, a full electric and open-access car sharing service (with similar programmes for bikes and scooters). On the other hand, they have elected to ban all but electric vehicles from their streets by 2030. So a bit of carrot and a bit of stick.

One of the significant challenges to transition our energy system is installing new infrastructure. In Austin, Texas they have established the Austin Energy solar program, A community-owned electric utility and a part of the City of Austin, in which they have enlisted over 40 local contractors to  perform over 1,000 rooftop solar installations a year, allowing residential customers to meet 100% of their electricity needs from local solar projects,while also installing battery storage and guaranteeing to limit electricity price rises to 2% a year. It has been an enormous success and a key contributor to Austin’s ambition to meet 55% of its energy needs by 2025, while also creating jobs and offering the cheapest solar power in the United States.

The head of our Foundation, Bertrand Piccard, will tell you that “for too long, our approach to energy has been akin to a man running a bath in a leaking tub. Yet, instead of plugging the holes, we decide to keep the tap running to maintain the water level.” And that’s not even an exaggeration - we currently lose as much as half of all the energy we produce due to inefficient systems, devices and buildings. So while renewable energy often grabs the limelight, we must certainly not forget that our overall relationship to energy must change.

This is a huge issue in Europe, where the reinforced concrete structures that became popular after the Second World War suffering from being extremely inefficient in terms of insulation. Did you know that heating and cooling is responsible for over a third of our energy needs! And this is also about inequality. Fuel poverty - whereby people are unable to afford to keep their homes heated - is a serious issue, contributing to lower living standards and frequently increased health care costs. The European Commission considers this as its top priority for the energy transition.

So next week we will be in Brussels at the tenth anniversary of the Covenant of Mayors bringing solutions to help ease these sorts of challenges directly to mayors, kicking off our collaboration with an organisation that has more than 7,750 towns and cities looking for solutions to become cleaner and more efficient. We’re happy to be part of that mission. 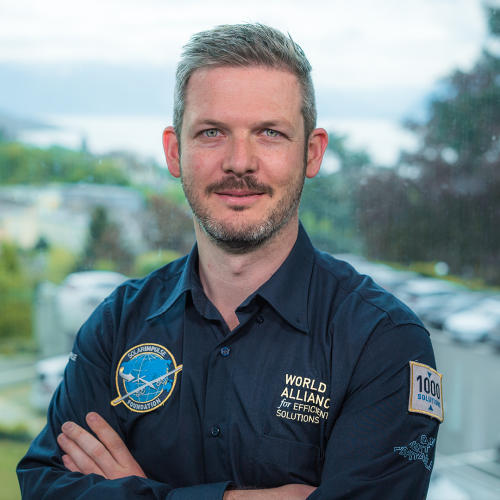