It was March 1st 1999. “Baby One More Time” from Britney Spears was the latest hit playing on  the radio and the Nokia 3210 was just released, featuring a Clock, Alarm clock, Calculator and the best mobile game in the World : Snake.

In the Swiss Alps, Brian Jones and Bertrand Piccard were surprisingly ready to attempt for the 3rd time the first non-stop round the World flight in a balloon. They had to quickly re-organize within a week after thinking they had to cancel everything. In March, the season of the jet streams, fast and regular winds, was about to end. But at the last minute, the weathermen realize there is a window of opportunity coming up. The last one of the season.

The pressure was high, it was the 3rd attempt after two failures and, in addition to the Breitling team, three crews had officially announced their intention to take off and attempt the same adventure. The race was on.

The Breitling Orbiter 3 was at the top of technology at the time. This is the first adventure Human Adventure that could be followed online via internet, but they still had a fax to communicate from the balloon. Brian and Bertrand were filming onboard. They were in constant communication with the control center in Geneva and were also able to send two pictures during the entire flight (because it took all the battery power to do so).

Every day, the team would publish on the website the status of the flight as well as the weather forecast. It was the first time advanced and precise weather forecasting was available and used this way. And it was a key to the success of the team and the adventure.

Today we want to celebrate this adventure by making adventure, ballooning and aviation fans relive the last great adventure of the century as if it was today.

The flight took off today March 1st (+20 years) at 9:09 am.
We have selected and published archive footage to be shared with you each day as if Brian and Bertrand were currently in the air! 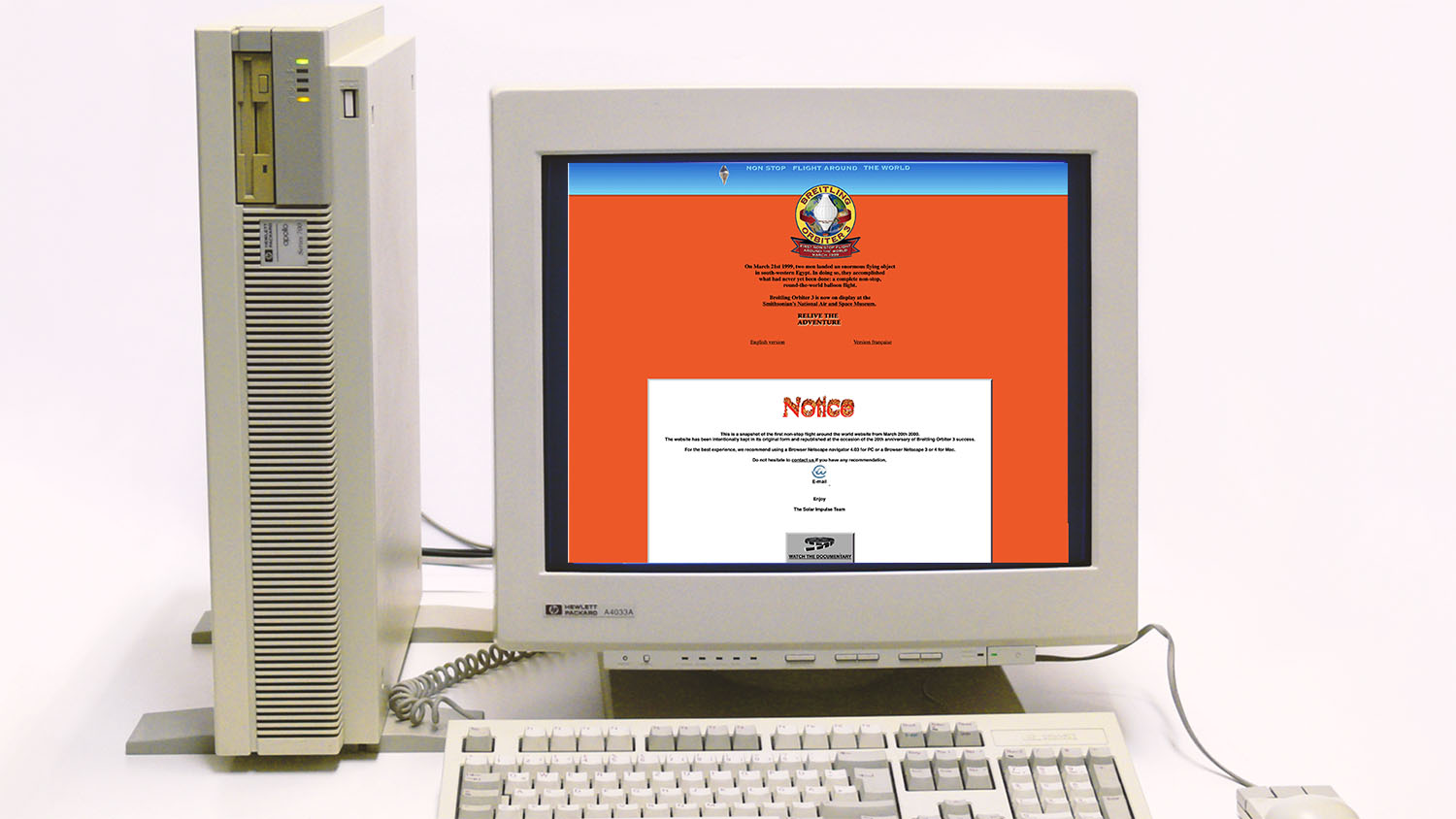 During the coming 20 days we will be launching a contest, in collaboration with Breitling, our partner in 1999 and today.

In order to participate, we will ask you to share on your social media a memory and a picture from 1999, even better if it is something you remember from following Breitling Orbiter 3. Let’s live together the last year of the past century again !

You will then be asked to respond correctly to a few questions about this adventure on our website. The winner will be extracted among the people who responded correctly and will be rewarded with a Breitling time piece.
More info to come about this contest on our website in the coming days.
In order to follow the adventure : follow us on instagram and twitter, and visit the round the World original website here.